Last week, I talked about teaching literacy as a back-end approach. That is to say, teaching the reading skills you want students to understand from the perspective of the creator and not the reader. If a student struggles with context clues, metaphor or figurative language as a reader, then perhaps teaching them as an author/illustrator will help them learn those skills in another way and then be able to transfer that knowledge when they are the reader.

This week in the Hall of Heroes comic book club students were encouraged to work on their comics. Some chose paper and pencil while others used MakeBeliefsComix.com. There were those who worked independently and those who collaborated. Some used color while others did not. It should be noted that some students chose to read comics instead of make them. Above all things, the Hall of Heroes comic book club is about choice, which leads to a love of literacy and story. 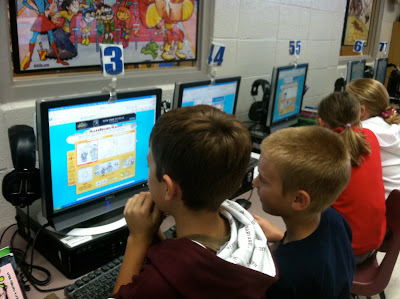 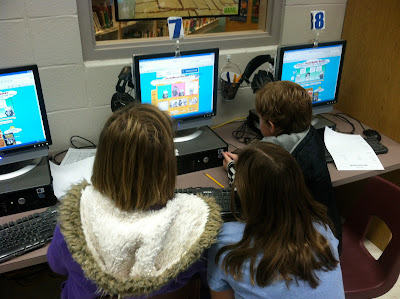 Email ThisBlogThis!Share to TwitterShare to FacebookShare to Pinterest
Labels: Articles and Essays, Hall of Heroes