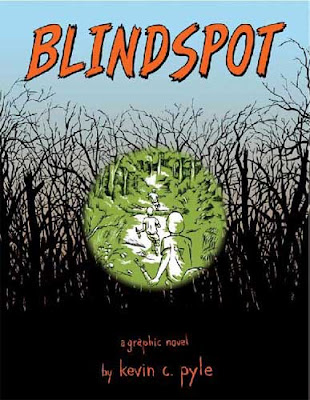 By Chris Wilson
Editor-in-Geek
STORY REVIEW
Dean is a boy captivated by the mystique and excitement of the United States Army. School, books, girls, bicycling – nothing compares to the allure of playing war with his three friends. For Dean, play-pretend is life. Every event – from his trip to the principal for back-sassing the teacher, to his mundane psychological evaluation, to the playful boys-being-boys needling of a local neighbor woman – is lived as though it is a World War II offensive.
Unfortunately for Dean, and plenty of boys like him, the fantasy world is not enough to get him through school and certainly not enough to get him through life, and his parents and teachers are very concerned for the boy in transition from child to adult.
The fact is Dean does not care to come of age. He is content to play Army and fight the Germans – who serve as an analogy for anyone that interrupts Dean’s play world. To him, nothing feels real or right except war.
Author-Illustrator Kevin C. Pyle was ever so adroit at merging his story and art in order to convey Dean’s feelings of real life tedium. Pyle does this by using a single spot color (brown, green, blue and aqua) throughout the book. The only exception is when Dean enters his fantasy world. The scenes in which Dean comes face-to-face with an authority figure, he no longer sees that person but rather a German enemy. It is in those scenes that Pyle illustrates the comic in full color.
Where BLINDSPOT strikes it rich is in Pyle’s colors, which he uses to bring alive Dean’s feelings about reality and fantasy. It’s a cool and clever element on the part of Pyle.
Grow up or stay a kid. Truly, many a teen can relate to the push of society and peers to age them before they are ready to give up their toys and play-pretend. I was one such kid, hiding many of my toys under my bed so kids who came over didn’t see them. I just couldn’t give them up. Pyle’s story resonated with me because of this push-pull and so, too, will many kids.
AGE RECOMMENDATION
My Rating: Ages 11 and older
Publisher’s Rating: Ages 9 and older
I really envision this book for older tweens and teens. Not because of anything inappropriate but because the subject material seems more accessible to kids ages 11-15.
IN THE CLASSROOM
OTHER INFORMATION
Author and Illustrator: Kevin C. Pyle
Publisher: Henry Holt & Company
Genre: Realistic Fiction, Coming of Age
Format: Softcover
Pages: 96
Color: Full color
ISBN (10): 0-8050-7998-X
MY RECOMMENDATION:
Highly Recommended
Posted by Mr. Wilson at 11:09 AM