THE ABSOLUTELY TRUE DIARY OF A PART-TIME INDIAN 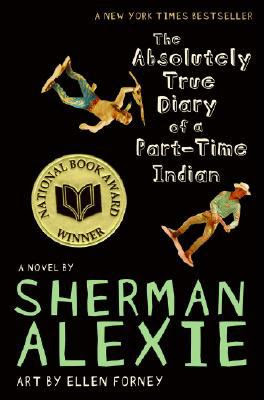 By Chris Wilson
Editor-in-Geek
REVIEW
PART-TIME INDIAN is not a comic, or the fancier-named graphic novel. Do not be misled. It is young adult novel with smatterings of comic elements and illustrations in a very Diary of a Wimpy Kid art style. So why read and review it?
I read it because …
I reviewed it because …
PART-TIME INDIAN is by no means a cute little teen read with happy teens doing nice things. That is exactly what makes it a worthwhile read. Junior, a high school boy on the reservation realizes that to get out of his culture of poverty, depression and despair he needs better schooling. So he leaves his school –- which is interpreted by those on the reservation as rejecting his family, community and Native American culture –– to attend the white school in the next town. He ends up playing basketball for the white school and playing against his reservation school. Oh how teenaged life sucks sometimes.
Junior’s entire story explores the gap between worlds, and the judgments he receives from the Native Americans and the Whites, both good and bad. His story is filled with bullying, ostracizing, girls, basketball, and expectations, both low and high. 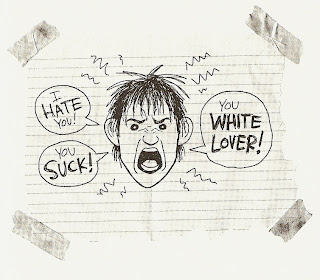 What you really need to know about PART-TIME INDIAN is that it is a real novel about real teens doing real things. They talk like teens, act like teens and think like teens. It is honest and painful and riotous. It is the kind of novel teens need to read in order to explore the big wide world and the problems and complications we have. Teens will relate, even if they are not Native American, because Junior is a normal, everyday kid who recognizes he wants a better life.
It is filled with words like “pussy”, “masturbation”, and all kinds of teen-talk. It’s enough to infuriate some families and calls for bans, despite the fact that every boy over the age of 13 masturbates as if it is a requirement to get a driver’s license, and profanity is a teen-typical past time. 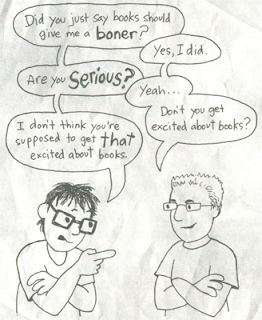 It is just this kind of frank expression that will help teens relate to the book. There is so much to learn –– academically and socially –– in PART-TIME INDIAN. It is a shame to not expose kids to such powerful literature.
Beyond that, the overarching theme is the fact that Junior recognizes his family and community on the reservation is depressed, alcoholic, even abusive. Junior understands the ramifications of leaving his community and his culture, yet knows he needs a better life than what rez life provides.

“Back on the rez, I was a decent player, I guess. A rebounder and a guy who could run up and down the floor without tripping. But something magical happened to me when I went to Reardon. Overnight, I became a good player. I suppose it had something to do with confidence. I mean, I’d always been the lowest Indian on the reservation totem pole –– I wasn’t expected to be good so I wasn’t. But in Readan, my coach and the other players wanted me to be good. They needed me to be good. They expected me to be good. And so I became good. I wanted to live up to expectations. I guess that’s why what it comes down to."

AGE RECOMMENDATION
Chris’ Rating: High school and older
BE AWARE
This New York Times Bestseller and National Book Award winner has also been banned in some schools, mostly for its profanity and talk of masturbation.
IN THE CLASSROOM
Despite the profanity and sexual descriptions, the book is as high quality young adult literature as you will find anywhere. The literary and real-world implications are enormous. Of course, one must understand his or her school community before embarking on such a controversial book. If it can be used then it should be.
OTHER INFORMATION
Author: Sherman Alexie
Illustrator: Ellen Forney
Publisher: Little, Brown and Company
Genre: Illustrated Novel
Format: Hardcover
Color: Black and white
ISBN-13: 978-0-316-01368-0
CHRIS’ RECOMMENDATION:
Highly Recommended with Reservations
If I were in charge of the Young Adult canon of must-read novels, PART-TIME DIARY would be at the top of the list with stars and underlines.
Posted by Mr. Wilson at 11:22 AM

I read this in my Adolescent Literature class, and it was by far my favorite book we read. Absolutely excellent.