‘COMICS IN THE CURRICULUM’: A SPECIAL EXHIBIT AT COLUMBIA UNIVERSITY

By Peter Gutiérrez
Here’s an idea, perhaps simultaneously refreshing and depressing, for K-12 educators and department heads to consider: pay a visit to the foreign realm of higher ed and check out how it handles curriculum.
There the concept still often seems to be approached with an eye to original thinking and cross-disciplinary opportunities as the rule rather than the exception. But is this true when it comes to comics and graphic novels? Well, yes and no. While academic research and critical analysis of the medium seems to be stronger than ever, even starting to rub shoulders with the rest of comics culture (witness the presence of the Comic Studies Conference at C2E2 and New York Comic Con this year), how many typical college professors consider graphic texts as legitimate — and valuable — resources to include in their syllabi?
Not enough as there should be, it seems. At least that’s the sense one gets from an eye-opening exhibit that opened this spring at Columbia University and will continue to run throughout the summer. Spotlighting specific titles from a wide range of time periods and formats — serial comics, mini-comics, graphic novels, manga, and more — the exhibit, entitled “Comics in the Curriculum,” shows how such texts can “be incorporated into research and curricula to illustrate a variety of themes.” 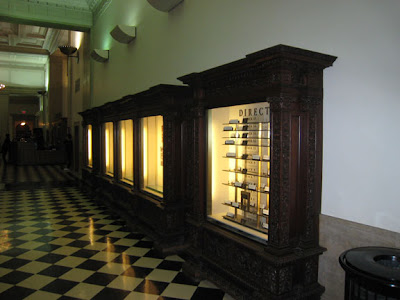 A partial view of the exhibit in Butler Library.
It’s not a huge exhibit by any means, especially given the sweep of its topic. There are only about half a dozen tall display cases to work your way through, but each one is bursting with ideas guaranteed to make your brain hyperventilate. Which is largely the purpose of the exhibit: not to recap how comics are being used in curricula, but to suggest how they might be. “This exhibit is an argument,” says its curator, Ancient & Medieval History and Religion Librarian Karen Green.
And it’s an argument that’s hard to refute because graphica isn’t simply presented in isolation, but rather as part of a tradition of visual media, a tradition that few would hold as academically inappropriate. For each of the exhibit’s topical categories, an initial key image is provided that proves this point—and to which the graphica excerpts then stand as historical/aesthetic echoes or even cousins.

"Perceptions of War" section pairing Guernica and TWO-FISTED TALES.
So in this way we see Guernica starting off a “Perceptions of War” section that also includes Harvey Kurtzman, and “Heroes and Antiheroes” featuring an illuminated manuscript depicting the Antichrist side-by-side with Brian Bolland and Alan Moore’s Batman/Joker dichotomy. 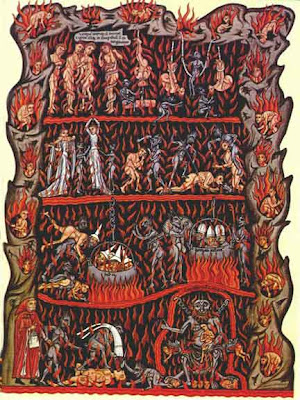 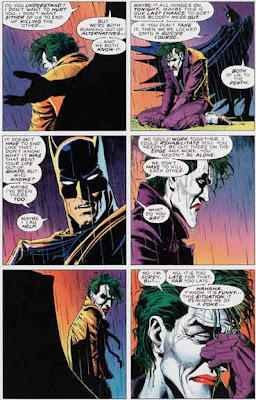 Thanks for this terrific, enlightening post and interview. I'm glad to know about this exhibit. It sounds truly inspired.

Great write-up! I wish I could make it out there and see it.