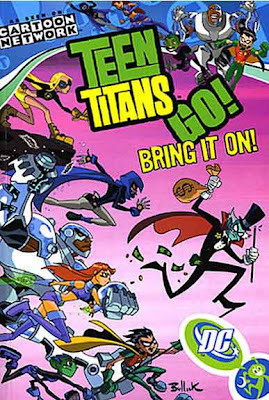 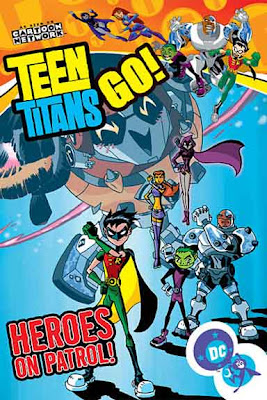 STORY REVIEW
The New Teen Titans hit the newsstands in 1980 and made a huge splash with comic book fans over the world. At 10 years of age, I found myself drawn to this group of teenage heroes who had their own set of issues along with powers and abilities. The great art of George Perez and the awesome writing of Marv Wolfman brought this group of sidekicks and adolescents to life for not only me but also my father. Even after 25 years, these stories are some of the most memorable and vivid in my mind, and my father and I still talk about them.

The Cartoon Network’s TEEN TITANS GO! took the heart of several of the great stories of the Teen Titans and brought them to another generation. They did adapt the stories and some of the characters but kept the spirit of the strongly written stories which I fondly remember. These tales contain Robin, the Boy Wonder and sidekick to Batman; Cyborg, the half man/half robot technical genius and muscle of the team; Beast Boy, the green skinned youth who can change into any animal (while keeping his green pigment); Raven, the child of a demon with black force and empathy powers; and Starfire, the alien with flight and energy beam powers.

DC brought the adoption back to comics in their Johnny DC comic book TEEN TITANS GO! I examined the bound edition which contains five issues of the monthly comic. Volume 2 contains the stories from issues 6-10 and volume 3 contains stories from issue 11-15.

The stories are geared down for younger readers but some of the vocabulary is beyond the youngest. These stories are usually fairly light hearted and focused on the action.


ART REVIEW
TEEN TITANS GO! is drawn in a manga style that fits with the anime of the cartoon. Manga is not one of my favorite styles for comics. The illustration style typically used when the characters show emotion is distracting because the characters are drawn like small children with big heads and huge eyes. With that said the art is decent.

The youngest of kids will not be able to read all the words but should be able to follow the story with the pictures.


BE AWARE
There is traditional superhero action and mild violence.